CBD is one of the most popular cannabinoids extracted from Cannabis sativa or industrial hemp. It is completely safe and non-intoxicating, which is why it is preferred by millions of people around the world for its incredible therapeutic properties. Even though CBD is sourced from hemp, a cousin to marijuana, it is considered safe and cannot cause euphoric effects due to the trace amounts of tetrahydrocannabinol or THC.
After undergoing a lot of controversy, the 2018 United States farm bill allowed for the cultivation of industrial hemp which contains less than 0.3% of the THC. CBD can interact with the body at molecular level and help it perform various important physiological functions.

Benefits of CBD
The interaction of CBD with the endocannabinoid receptors can help in maintaining homeostasis by allowing all systems in the body to perform at their best. Several researchers have shown that CBD could be a potential way to reduce the symptoms of the following health conditions:
• Acne
• Anorexia
• Anxiety
• Chronic pain
• Depression
• Drug addiction and withdrawal
• Epilepsy
• Glaucoma
• High blood pressure
• Inflammation
• Insomnia
• Muscle spasms
• Pain
• Parkinson’s disease

The Food and drug Administration (FDA) has not registered CBD as a prescription medication for all these health issues. However, they have legalized the first CBD based medicine for two rare forms of epilepsy: Lennox-gastrault syndrome and Dravet syndrome.
Insomnia and Other Sleep Problems
Insomnia is a sleep disorder in which people suffer from trouble falling in sleep or grogginess. The symptoms vary in short-term or acute Insomnia and long-term or chronic insomnia. Acute Insomnia may last up to a few weeks, whereas chronic Insomnia may affect the patient at least 3 Nights in a week for more than a few months.
Insomnia is characterized by certain signs and symptoms that help you make a diagnosis. Among these, the most differentiating ones include:
• Less than 4 hours of sleep at night.
• Inability to bring mind to rest at night.
• Thinking about random stuff at night, making assumptions and future plans.
• Difficulty falling asleep at night.
• Daytime tiredness or sleepiness.
• Presence of depression, anxiety or irritability.
• Increased occurrence of errors.
• Fatigue.

CBD for Sleep
In the recent years, many people have turned to CBD to seek relief for a wide range of health issues. About 80% of Americans face troubled sleep at least once a week. Taking over the counter drugs have many concerned about risk from side effects, and some are not even effective for people. Preliminary research has shown that CBD can help with short term sleep problems. Disturbed sleep is directly related to some underlying health issues such as:
• Mental health conditions such as anxiety depression or post-traumatic stress disorder
• Physical conditions such as pain and inflammation
• Increased intake of caffeine
• Over-the-counter medications that can disturb the sleep wake cycle
One of the major reasons behind disturbed sleep is anxiety and stress. CBD has been shown helpful for reducing the symptoms of anxiety including poor sleep. Anecdotal evidence has shown that one of the two endocannabinoid receptors is related to the sleep-wake cycle. CBD can have a positive effect on these endcannabinoid receptors as well as helping to remedy the sleep-wake cycle.
Another reason behind disturbed sleep is pain and inflammation. Even though opioids and non-steroidal anti-inflammatory drugs are more effective in reducing pain and inflammation than CBD, they come with a long list of side effects. The fact that CBD can interact with the CB2 receptors makes it quite effective for reducing inflammation. CB2 receptors are present in the immune cells such as macrophages and neutrophils. Controlled information allows the body to heal quickly from external and internal damage, which will eventually help in having a peaceful sleep.

Optimum CBD Dosage
Research has shown that short term use of CBD is effective for improving sleep patterns. As CBD is not regulated by the FDA for curing any other health issues besides epilepsy, there is no universal consensus as to the dosage that could help with the symptoms of insomnia. CBD effectivness varies between individuals and the effect of equal amounts of CBD varies from person to person. A study conducted in 2004, shows that lower doses of CBD may not help people in falling asleep quickly. In fact, it may make you more wakeful. A larger dose of about 150 to 160 mg of CBD per day can help in inducing sleepiness in most users. However, to ensure that CBD works properly, users should always go for high quality CBD products preferably obtained from supercritical carbon dioxide extraction methods. You can also check the certificate of analysis (COA) or third party lab test for any contaminants or pesticides. Such ingredients in your CBD oil can aggravate your health condition. Always remember the following factors before buying the CBD product:
• The potency of your favorite product.
• The bioavailability of the chosen product type.
• Severity of your condition.
• Your weight and metabolic rate.
• Previous experience with CBD.
• Any over the counter medication that you are already taking.

Side Effects of CBD
CBD is considered quite safe and has not been shown to cause any severe side effects. Some people may experience nausea, fatigue, or changes in weight and appetite after taking CBD. However, usually these side effects are short-lived and fade off quickly on their own. If you intend to use CBD, make sure to avoid it with any over the counter medication. Research shows that CBD can inhibit the enzyme family cytochrome p450, which is responsible for metabolizing several drugs in the body. Taking the medicines with CBD may result in liver toxicity and increased quantity of drug in the blood which can cause other health issues. It would be best to take your physicians advice before considering CBD as the only treatment option for your health issue.

Wrap Up
Undoubtedly, CBD can help with numerous health conditions including sleep problems and insomnia. However, it may take some time for you to figure out the right dose and type of product. It is recommended to begin with a smaller dose and increase it gradually to see the effects of CBD in your body. Always make sure to check the THC content of your product to avoid any inconvenience and legal complications. 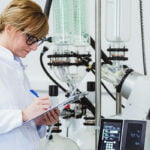 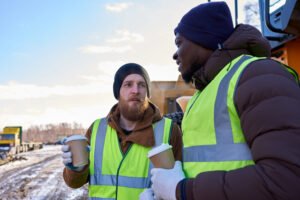 Does CBD Show up on Drug Tests? 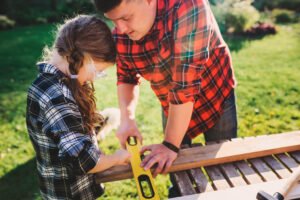 Who is a Workman? 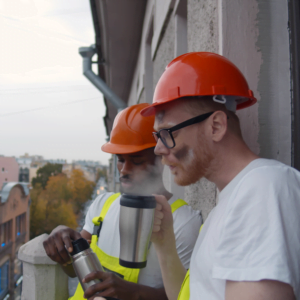 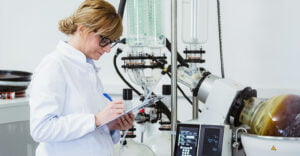